It’s weird, but in the world of cameras, certain viewfinders can be expensive and can be worth more than a cheap lens themselves! There used to be a seller, Boris Gorins that made these cheaply but he got lost in the anals of the internet. You can still find some pretty cheap viewfinders on ebay. A 28mm can go for about $25. The one above is from this seller.

Welcome to WordPress. This is your first post. Edit or delete it, then start writing!

We’ve all been there, you make a shot. You think it’s awesome and even a few of your friends think so too. But it happens. A guy simply rips you to shreds and you feel like a fresh turd from a tired horse. Yep, criticism hurts! but fear not, here’s a few ways I discovered to handle criticism about your images.

END_OF_DOCUMENT_TOKEN_TO_BE_REPLACED

As one of the two guys running a photography website and magazine [The Inspired Eye], I have to dwell and talk about cameras. Granted, I’ll never let the website be overrun by cameras but I still need to get my hands dirty. You gotta stay on top of trends and all. But on a personal note, very few cameras actually get me exited. Enter the Fuji X-T1. I’ll probably get it for my photography business. Here’s why.
1) I trust Fujifilm
Nothing is worse than feeling like an island when you buy a camera. Unlike self containing systems like compact cameras, when you buy an interchangeable lens camera you buy a camera system. If you stay on top of the camera industry at all, when it comes to companies on top of their game, it’s always Fuji and or Olympus. You can hear the birds chirping when it comes to Sony for example. I have the Nex7, my feeling owning this camera is one of abandonment. Too many bodies, too little lenses.
Every time I turn my head around these guys always SUPPORT THEIR CAMERAS. The Xpro didn’t have focus peaking at first and then it now has. Fuji is constantly bringing new life into their cameras. It seems to me that Fuji is one of the very few camera makers that “get” photographers. They know what they want and they build it. Fuji cameras had issues, updates came and they are fixed. I trust Fuji because I feel that if I’m buying their cameras they will back it up.
Most cameras you buy is a done deal. No firmware updates, no upgrades, nada. I might not have been a Fuji fan, but their constant innovation, dedication and putting out new stuff for their cameras slowly won me over.
2)Controls
Kill all the bells and whistles. What do you need in a camera? ISO, Aperture, SS. Nothing is more important than these 3 factors because they are the ones that control your exposure. If there is one thing that most compact cameras get wrong, it’s the dials. Sony understood that so they gave you two top dials and one in the back. Ricoh understands that and they gave you a wheel in the front, a jog in the back and ISO is only one button away (depending on how you set it up). Lord have mercy, look at the Fuji XT1…dials, dials everywhere!!! Shutter Speed, ISO, Aperture (on the lens). No menu fiddling it’s real camera touching time! Plus it has two DSLR like dials in front and in back, and if I understand correctly these babies can control Aperture and Shutter speed.
When you are at an event, light can change suddenly so dials is what I prefer, not menus. Overall, the controls on the Fuji XT1 remind me of DSLR controls where there’s even buttons to call a waiter. It’s the first mirrorless compact camera I’ve seen that’s more DSLR like in approach to controls than other previous offerings like the XE-2. Dials to change the focusing mode, etc, etc.
3) Viewfinder
I primarily use viewfinders for work, and it looks like the XT1 is revolutionary in that sense. Large, sharp, bright, magnified viewfinder. Woot!!! For my the viewfinder helps me get in the zone, everything is black around it, it helps me focus. So I’ll take the biggest, baddest viewfinder I can find!
4) The best M adapter ever
One of the best things about the Fuji system is the M adapter accessory. Yeah. It’s pricey but your get what you pay for. My favorite thing about that adapter is that it’s smart, it will record the lens you used and it can also compensate for distortions and chromatic aberration. If you use M mount lenses, they are going to ROCK that XT1 sensor. And since everything is dial based, you can actually spend some time shooting and not fiddling with menus.
5) Hybrid predictive AF
If I seem undecided between legacy lenses (point 4) and Fuji lenses, well, it’s because I am! The hybrid AF actually has the power of magical ponies to predict where your subject is going and accurately track it. On every camera I owned I always disable it because I always find the tracking AF bad. But I’ve seen some tests and everything was clean and clear in every image. One of the reasons I use manual focus lenses elusively is because I don’t trust the AFs of cameras at all.  If this delivers on it’s promises,  it might make me give up on my Manual lenses only policy, we’ll see 🙂
The DSLR we’ve been waiting for?
Technically, the XT1 isn’t a DSLR, there’s no mirrors, it’s a mirrorless camera. But when I look at good old SLRs, I always wondered why manufacturers can’t just take the old form factor and cram a sensor in it? I mean, today’s DSLRs are plastic chunks compared to the smaller metal SLRs of yesterday. The Nikon DF should have been the answer but it looks like Fuji had an Ace up their sleeves. This camera is very interesting as a work camera, I’m drooling over it in that sense! 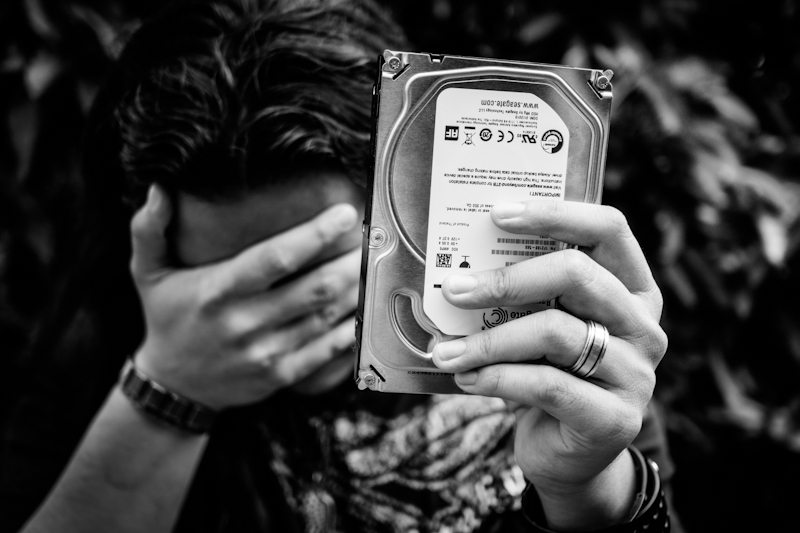 [A]s I am writing this someone’s going to get a punch in the face. That someone is me. I know what backups are and I know how to do them, but the question is, why didn’t I do any?………… The answer? Laziness. It’s like knowing you should pay a bill and yet never doing so. I broke my main hard drive, and now I lost most of my photography. Here’s what happened.
END_OF_DOCUMENT_TOKEN_TO_BE_REPLACED

[W]outer, Don, and other fine folks might be dreaming about the Ricoh GR, but since a few days I’ve been dreaming of a camera of another kind.
END_OF_DOCUMENT_TOKEN_TO_BE_REPLACED 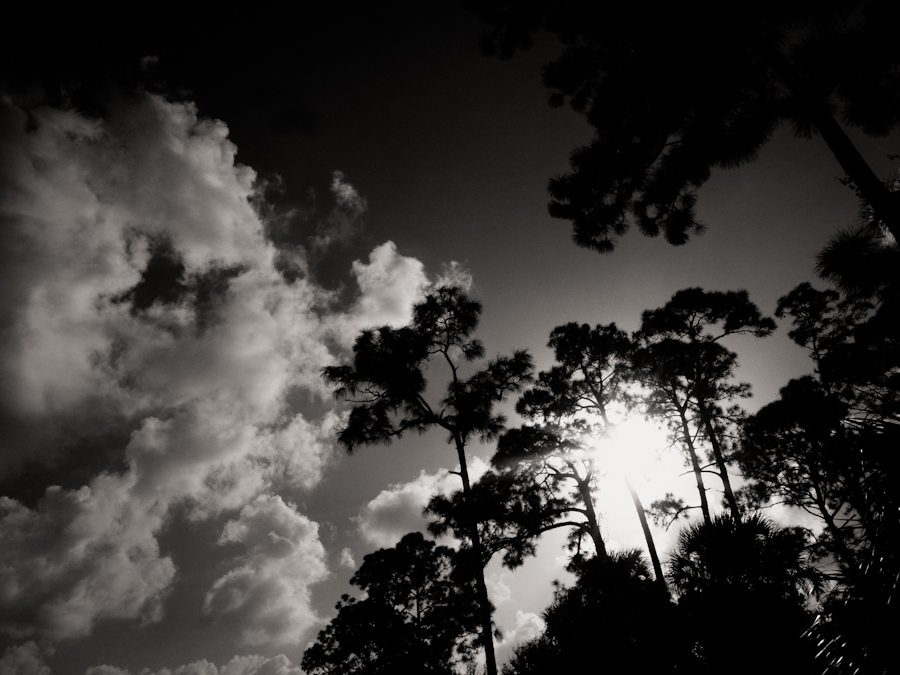 The blog is about to turn a year old. Here’s some hard earned lessons from this time spent online.
END_OF_DOCUMENT_TOKEN_TO_BE_REPLACED


People make mistakes, that’s a given, but it’s also an occasion for people learn from others mistakes so that they don’t have to. Here’s 5 blunders I made when starting photography that might be useful to you.
END_OF_DOCUMENT_TOKEN_TO_BE_REPLACED

[I] was one of the ones that preordered the OMD, I sold it for a NEX7, here’s why.
END_OF_DOCUMENT_TOKEN_TO_BE_REPLACED

[S]ince I always have my camera with me, I took this photograph while at a gourmet coffee shop writing my ebook. I always have a soft spot for fabric. There is always something majestic and dreamy when fabric flows through the wind. I was staring at the lady’s dress and for a second I was really dreaming with the waves of the wind. I think that this is what photographers do, they capture the everyday poetic moments. The moments that would go unnoticed if  they did not capture it.

Insignificant but emotionally charged moments that sprinkle the mundane of everyday life. Can a woman’s dress flowing be the highlight of someone’s day? I say yes because that’s what happened to me. I was tired and writing and this moment broke my mood in a good way.

There are things in life that go unobserved if we do not take the time to sit back and enjoy. These moments are like a breath of fresh air out of a strangled day. When you noticed them, it’s like you know what just happened…. Watch out for the everyday poetic…